SKU: 210000001116 Categories: Boyfriend, Christmas Foods, Food Specialities, Iberico Ham, Spanish Ham, Valentine's Gift Tag: Gluten-Free
This ham Shoulder from Guijuelo is from free-range Iberico pigs grass and feed-fed (Cebo de Campo). This shoulder has been cured for a minimum of 28 months. The meat and fat of this Shoulder are tender and melt in the mouth, but still stringy. Chewy and juicy at the same time. This shoulder is really surprising, as has very high quality and an amazing taste. Hermanos Hoyos offers the highest quality in every product they manufacture for over a century. Generation after generation, they continue to use the same traditional methods when making and curing both hams and sausages, in order to preserve that special traditional flavour.

Iberian ham is one of the most popular products in Spanish gastronomy and it is also highly appreciated outside the Spanish borders. If you have guests at home, making some tapas with ham can be a great idea, since this ingredient is suitable to accompany wine or beer, and to whet the appetite. It is also very lean meat with low-fat content, which makes it a healthy and delicious food. A meeting is not complete without a charcuterie board. We recommend accompanying it with other sausages, such as chorizo, lomo or salami, and complete it with some matured cheese, bread and some fruit. Bread with ham and tomato is one of the best-known tapas in Spanish gastronomy. To prepare it, first, peel and grate the tomatoes, then add a  little olive oil to bind it all together. The sourdough bread is cut into pieces and toasted (optional). On top of the baguette, spread some of the tomato mixture and put a slice of Iberian ham on top. The melon appetizer with ham is a recipe that combines sweet and salty. It is ideal as a tapa or as a starter. Simply cut the melon into cubes or with the help of a cutter to make more original shapes, place the slice of Iberian ham on top of the melon. Optionally, you can add a little olive oil and it is ready to serve. Classic Iberian ham croquette. It is a traditional recipe in its purest form and one of the tapas that never fails, not only among children but also among adults. The avocado and serrano ham toast pleasantly combines textures and flavours. This can be an appetizer, a tapa, a starter or even a light dinner. In addition to its incomparable flavour, it has important nutritional contributions, since avocado is classified as a superfood. Its preparation is very simple and it is a great source of potassium and it is rich in fibre. Mushrooms are also a great accompaniment to Iberian ham. A tapa of mushrooms stuffed with ham and dates is a combination of sweet and salty that will leave everybody satisfied and asking for more.

How to preserve a ham or shoulder:

How to slice a ham

Please, use the arrows to see the images. This section works better on a computer or tablet 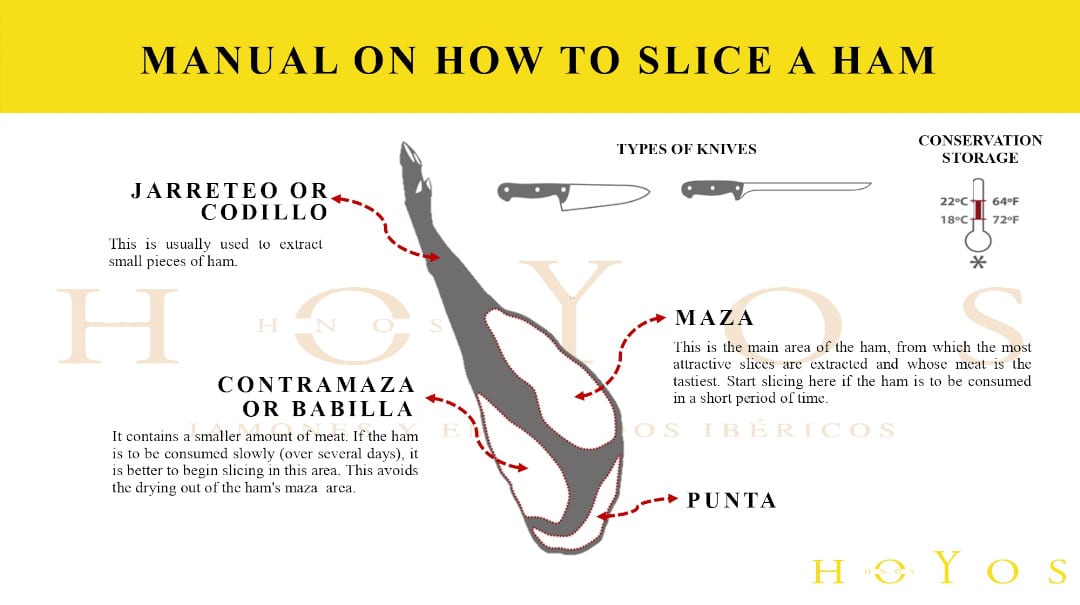 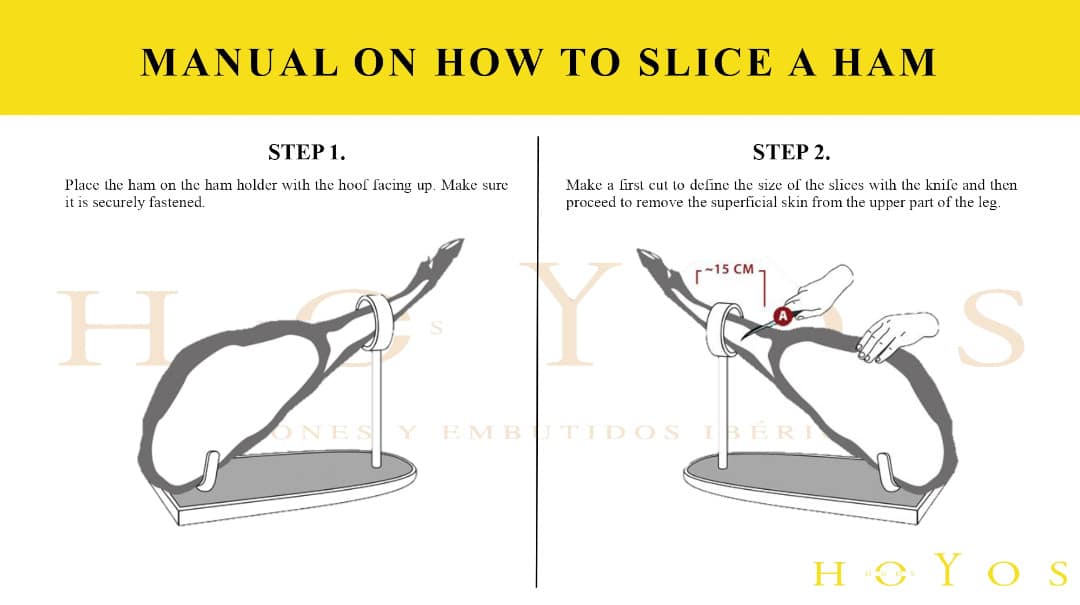 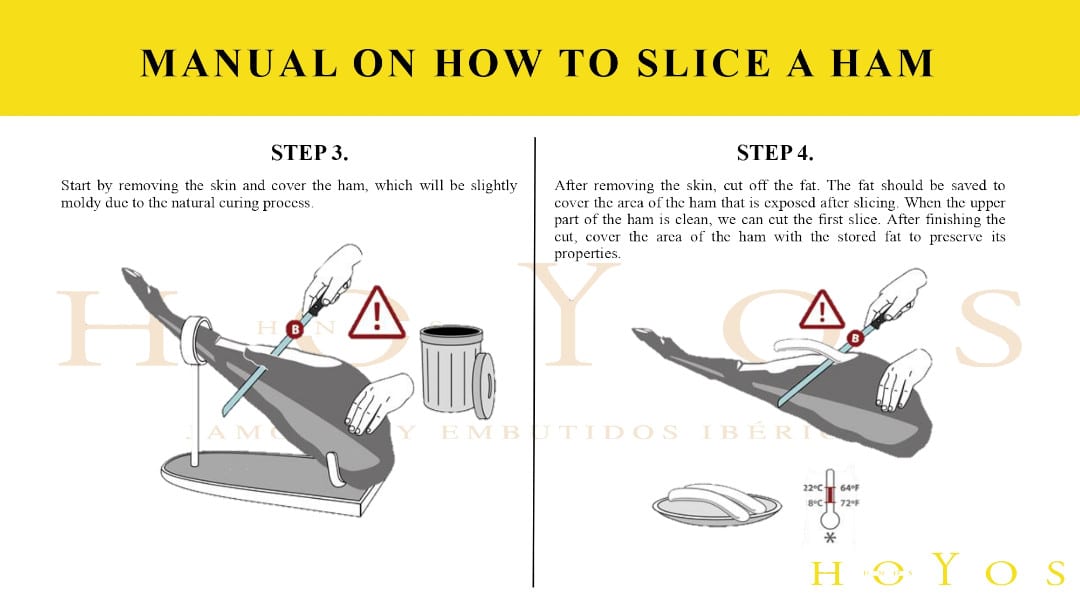 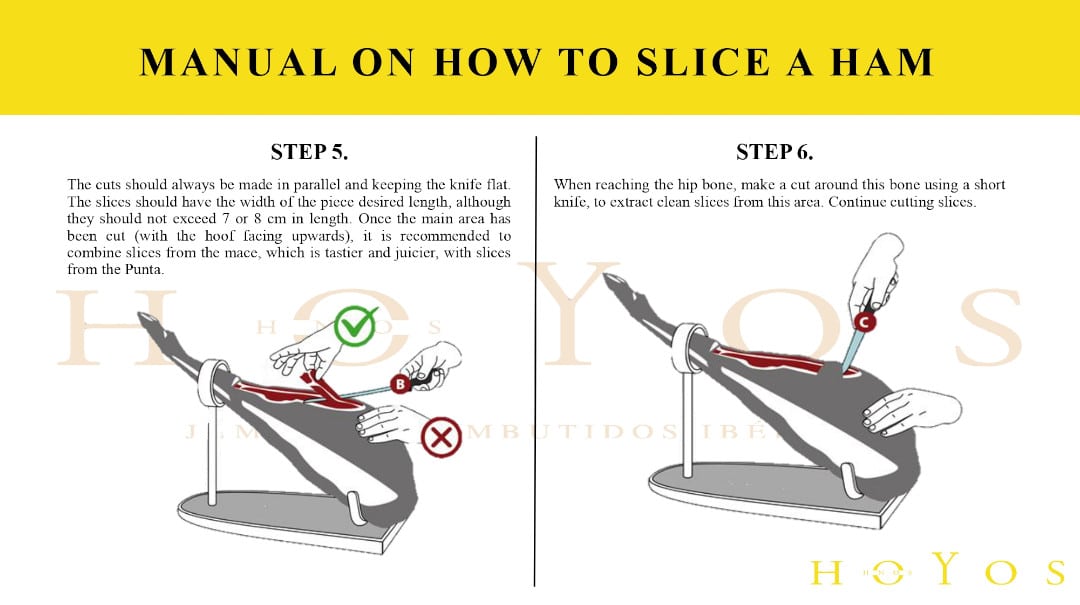 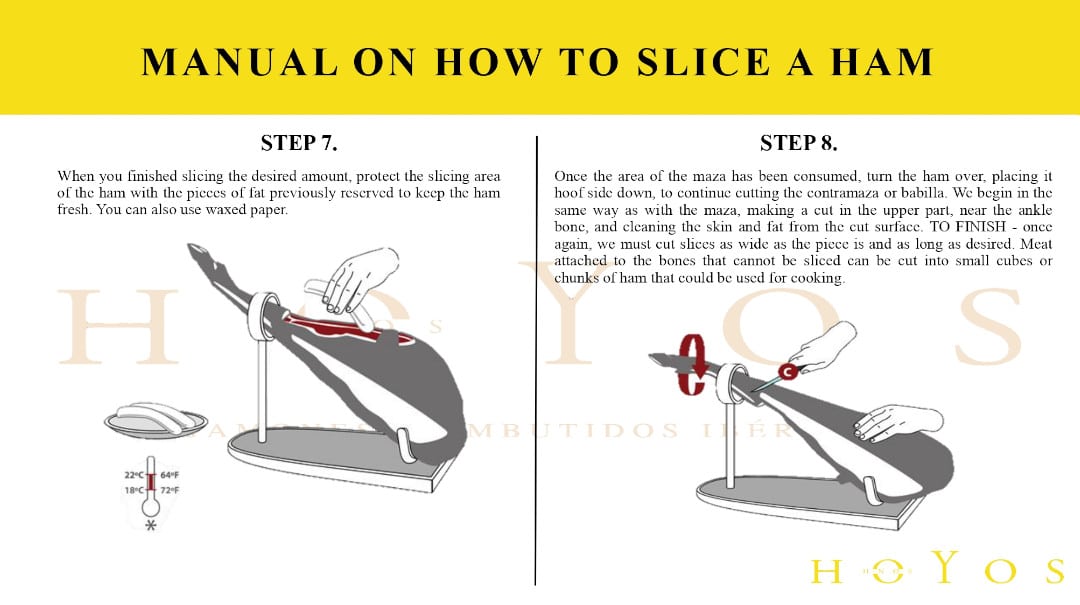 There are no reviews yet.

Only logged in customers who have purchased this product may leave a review.

We deliver to the whole UK from £6.20. Buy at any time from your couch, and get your favourite food, no matter if you live in a busy city or in the most remote corner of the country.